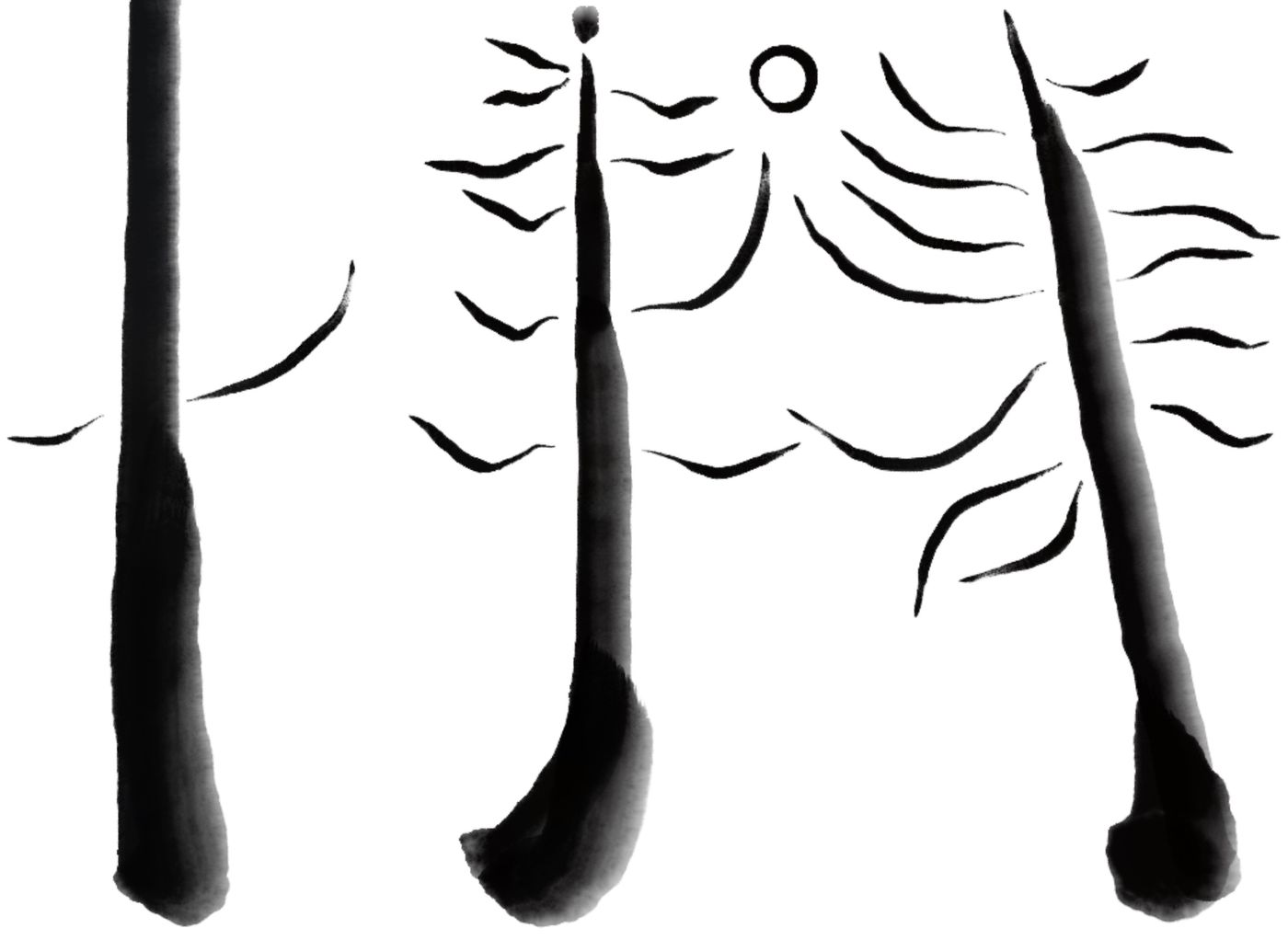 My Journey with the 5 at Toad School

The following is a trip report by one of the participants at the 5-MeO-DMT facilitator training Sagan and Helena organized from April 1st - 3rd, 2022. To read more of Joe Carter's writing, check out his website.

Sometimes, the most profound moments in life begin in such a humbly innocent way that it is easy to dismiss what they are to become. Rare are the times where such a statement can be so profound as the experience of a properly facilitated 5-MEO-DMT experience. When I was offered a means to take part in a training and experience retreat where I was to take part in a medicine ceremony, I must admit that I was curious, but not aware of what this would come to mean.

Following two days of comprehensive training, and building social bonds to establish trust and safety within the group, the option to take part in a medicine ceremony was offered to me. It is of importance that it be clarified that this was an entirely optional part of the education process in which the freedom of choice was protected.

Even more important is the emphasis on personal boundaries on the part of each individual as it pertains to physical touch. Some people are ok with physical interactions such as being held, hugged, caressed, etc. – but for myself this is less comfortable, therefore I requested this be omitted from my experience – a request that was both deeply honored and respected by all members of my individual group as well as my facilitators.

The morning began with a general gathering to review final information as well as to address additional questions about the medicine, safety, ethics, as well as a review of the optional nature of the experience so that participants could allow themselves the opportunity to review their own comfort levels while interacting with the medicine.

Upon completion of this, each set of groups broke up into self-selected separate rooms based on personal preference in the space with two trained facilitators (also based on individual comfort).

The spaces were intuitively designed to cultivate an air of calm as well as safety with a comfortable space setup on the floor surrounded by blankets, pillows, and the support of the groups which each of us had the freedom to select for ourselves. The music was of a calm spiritual meditation nature free of lyrics or high energy beats or flows.

As each of us prepared for our journey with the 5, a final rehearsal of the safe administration of the medicine was reviewed and practiced for each participant in order to ensure the proper flow/safety of the administration itself as well as the proper positioning of the body to ensure physical harm was all but impossible to occur (the body is placed in a state of rest upon a padded, low lying bedding on the floor to prevent any possibility of fall or physical injury upon onset of the medicine’s effects. Blankets and pillows were also provided at this time to further enhance the comfort and safety of each journeyer).

The medicine itself is administered using a bubbler bong, very similar to those used for cannabis consumption - if not all together indistinguishable from one another – at what is known as a ‘handshake dose’ of 2mg of medicine. 5-MEO-DMT is a high potency psychedelic medicine that requires great care in both dosing and awareness of each dose’s range of effects based on factors of quantity as well as ‘set/setting’. Setting is the environment and set is the mindset of the journeyer.

The Journey of the 5

* From this point forward, I will break from the educational aspects of this piece of writing and take on the tone of the journeyer from a 1st person’s perspective.

Prior to my experience, I was offered the chance to draw a tarot card from a deck upon which the theme of the raven was of emphasis. Strangely, the raven totem had presented itself as my spiritual guide nearly two years prior to this experience during a psilocybin journey – after which I produced a detailed drawing using charcoal and graphite block which I have provided below.

The message on the card, drawn at random from the facedown fanned out deck, instructed me to return to the source of all being so that I may be reborn a-new.

As wisely suggested by a fellow participant with previous experience journeying with the 5, it was suggested that I be the first in my group to undertake my journey. The reason was to not have my first experience potentially contaminated by viewing the journey of another. With the above outlined considerations all in place, another fellow participant administered my dose of 5 at a precise amount of 2mg of medicine.

As I inhaled the medicine, I followed the guidelines of slowly lying down on the bedding space while a facilitator counted down from 10 (the onset time of the 5). “3... 2... 1...”, and I exhaled.

I was unsure of what to expect. In my mind the possibilities of what the experience would be like were nearly boundless.

As the onset began, I became vividly aware of my increasing heart rate manifesting itself in the back of my neck at a rate of approximately 100 – 110 B.P.M. in the first few seconds (at least as far as my deteriorating sense of time was concerned). This sensation was entirely foreign to me, yet I remained curiously unalarmed by it. Time lost all meaning. My mind went blank with not but a white expanse in my mind’s eye stretching for what seemed like eternity.

Soon other sensations began to manifest themselves and emotions dropped away as if they held no relevance at all. I began to become aware of an intense pull of gravity located at the center of my stomach organ upon which my hands laid, fingers interlaced. My breathing soon began to slow considerably, while deepening to a degree not previously known to me. The gravity in my stomach quickly intensified and began to give the sensation of my fingers, then hands, then arms, and finally my entire body being drawn into it as if being sucked into a black hole, never to return. This was a curious, yet again somehow unalarming sensation – as if this was simply an awareness of something that had been there all along throughout my life that had simply been adapted to and previously accepted.

As the pull towards this center intensified, I felt a distinct sense of my ‘being’ being drawn into this void and down through the floor and into the earth, as if returning to the source from which all life on this planet has sprung.

This sensation was profound, yet again remained unalarming to me as if it was merely the truth revealing itself to me naturally – a truth that I did not have the impulse to fear.

As the medicine began to leave my body, this feeling slowly dissipated, and the awareness of thought slowly returned to me – the white void now beginning to give way to more normal thoughts and mental landscapes of which I was familiar.

Once the gravity returned to normal, I sat up as if these sensations had been completely normal and returned to the world around me with nothing more than the sense that I had lived my truth – for whatever that may have been in that moment or had been all this time.

Two days have now passed since my journey with the 5. Through its teachings, I have realized that the root of my being has been profoundly dishonored by my lack of willingness to integrate my spirit into my daily life. As many millions of people have done, I realized that in order to function in a disconnected world ruled by the acquisition of the material, I had neglected my emotional and spiritual wellbeing while only focusing on my intellect. Not only this, but I have found that I have been protecting my source – my stomach - too aggressively.

Throughout my life I have experienced prolonged periods of physical and psychological illness from both external abuse and internal abuse. The stomach is the entry point of the energy our vessel needs to survive – a place of sickness for me due to metabolic disease.

The energy that should flow freely in this place to power my body has been restricted, sucking me down into a black hole of chronic illness and misguided self-protection which has eroded my ability to be fully present in what we call life.

I am now seeing that there has been another layer to my sickness – that of the guard upon which I established under the false pretenses of protecting what I perceived to be my greatest weakness – my spiritual/emotional self.

It will likely take some time to address and navigate this new-found awareness within myself, but as I wished for, a path has now been laid before me. A path that I must now learn to walk as I progress into a new chapter of what will become the true start of what I will call my life.